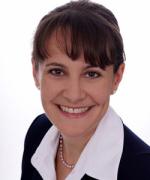 TEACHER - Marisa Hoffmann graduated from University of Applied Science Fresenius, Idstein, in cooperation with the Hogeschool/Utrecht in 2005. Afterwards she studied in England at the University of Southampton. She received her Master of Science in Health and Rehabilitation degree with a qualitative research work about evidence-based practice.

Since 2007 Marisa visited numerous continuous educatoins courses, with the focus on Manual Therapy. 2011 Marisa received the IFOMPT-OMPT Diploma (DVMT-OMT®). She attended CRAFTA® courses from 2008 until 2009 and finished with certification in the beginning of 2010. Since 2015 she is a teacher for CRAFTA® in several countries, mainly Germany, USA and Canada.

Since 2006 she works clinically in different settings. In 2012 she started her own clinic in the area of Mainz/Germany, specialized in the field of manual therapy and craniofacial therapy. Beside her clinical work she teaches at the Catholic University of Applied Sciences, Mainz (Clinical Reasoning, Health Promotion). 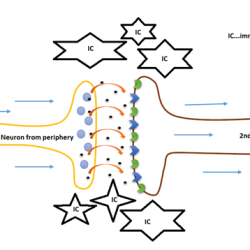 Pain and the immune-system